Yes, I kinda sorta figured this would be worth a new thread.

As a kid I loved the Earthworm Jim video games and tv show as well as Neverhood. Now, this still-in-development game has pretty much nothing in common with EWJ but all the more with Neverhood - the following video explains it much better than I could:

It's a kickstarter project, 75% funded and the deadline is... in 3 days.
Mostly trying to spread the word on the interwebs. This game NEEDS to happen. Look at the freaking arts! Also, the nostalgia! Let's help make it a thing! 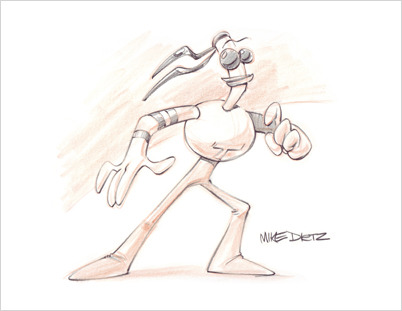 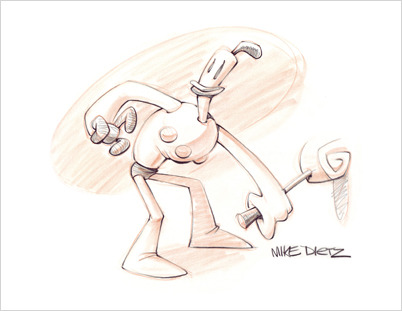 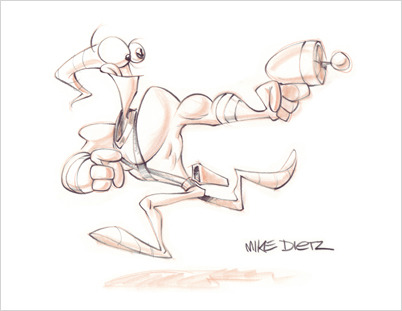 Surprised this isn't funded yet to be honest, given the amount of nostalgia involved, but I guess the huge amount of controversy surrounding Doug TenNapel offsets it.
Team17 Forum Refugee | OpenXcom Developer
Top

Yeah, sucks he's got to be one of those bigoted people. I think it's really because the "fad" is not popular enough anymore though.
Top

This will get funded either way because, hell, Earthworm Jim and The Neverhood are involved. Huge childhood memories for people who grew up in the 90s. But he would have gotten more money if he didn't say such offensive stuff.

For me it was shocking to learn someone making such awesome stuff as Earthworm Jim, Neverhood or Catscratch could take these unacceptable political and moral stances. Made me feel sad, too. More for him than for anyone else, and I actually started having interest in actively trying to change such people's mind instead of simply ignoring them. Thing is, his viewpoint doesn't make his work any less amazing either.

I'm kinda torn over this because if it makes it I'm gonna be out $20 and everyone knows I already got enough of a Kickstarter problem as it is. Yes that's my logic and I'm sticking to it.

I have a fun story to tell about Doug TenNapel.


I met him at San Diego Comic-Con 2009, when I was exhibiting with SoulGeek for the delayed-but-still-awesome launch of the first (and, haha, only) Jump Leads print collection. I told him I was a huge fan and was familiar with all of his work.

"What's your favorite?" he asked.

Now I wish, I wish I could say this was my very clever way of mocking his bigotry and his support of noted Fox News correspondent Sarah Palin, but honestly at the time I'd wanted to say The Neverhood but the name of the thing had suddenly and unexpectedly taken a brief vacation from my brain. So I went with something I thought would be funny and goofy, then very quickly left. It wasn't until later I discovered he is basically a human sack of shit.

In hindsight though, very appropriate. I can, in some cases, separate the art from the artist, but there are some people who are so abhorrent, so utterly dispicable, that I cannot in good conscience support them financially. Right now, that list is actually rather small - it's just TenNapel and Orson Scott Card, with Ubisoft as a possible third.

I liked Neverhood. I would like more of it. But I can't support TenNapel and I won't do it.
PortsCenter - Gaming's forgotten history. A show all about unique video game ports.
Top

There's more people working on the project than just him, and I would personally like to just support the project. I understand your refusal of course but don't hate me for simply loving his work too much, heh.
Specifically Earthworm Jim will always be in my heart - much unlike his creator, sadly.

By the way, 95% funded, most likely going to happen.
Top

The first two Earthworm Jim games were two of my favourite platform games of the 90s, and I even enjoyed EWJ3D to an extent. But it's so difficult not to look through his work through this lens of bigotry now.

There are a lot of other people working on this project, yes. I actually know some of the people involved. But I can't do it. Can't give TenNapel my money. I can't support that kind of hate.
PortsCenter - Gaming's forgotten history. A show all about unique video game ports.
Top

And it's made it.

That is all.
There was a signature here. It's gone now.
Top

Yeah, 3 hours to go. It's still short of $8.360 for the WiiU release, not that I really care about that, but that's also gonna happen most likely.
Top

Squirminator2k wrote:The first two Earthworm Jim games were two of my favourite platform games of the 90s, and I even enjoyed EWJ3D to an extent. But it's so difficult not to look through his work through this lens of bigotry now.

There are a lot of other people working on this project, yes. I actually know some of the people involved. But I can't do it. Can't give TenNapel my money. I can't support that kind of hate.

If you mean the failure of EWJ3D, then you shouldn't blame TenNapel since he were only a tiny bit of the project and they threw him off the team later, he also expressed he hated everything about the game and these days finds the game non existent if asking about it. It was seriously bad and had no feel of Earth Worm Jim and the charm was gone too but i loved everything he did back then and still does today.

I also have a certain love for Stop motion and especially The Neverhood, I had to back the game.
Top

The reason people dislike TenNapel isn't because he made a bad game on the N64.

We hate him because he is a hate spewing homophobe and sexist.
Top
Post Reply
14 posts • Page 1 of 1